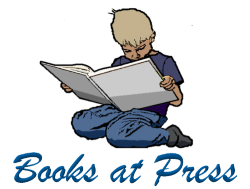 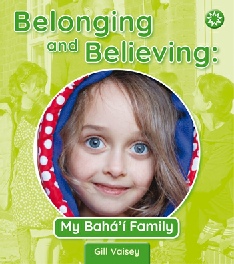 Meet Nia and her Bahá’í family: 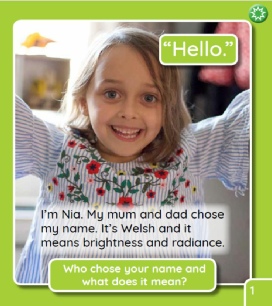 Nia and her family follow the Bahá’í Faith which began in 1844. The Bahá’í Faith is united and does not have different denominations/sects or traditions. However, as with other religions, there is diversity among communities, families and individuals in the way in which the faith is observed and expressed. 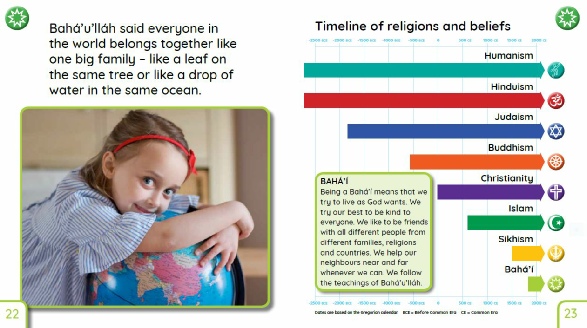 Bahá’u‘lláh taught that humankind is one and should celebrate the diversity of the human race. The main goal of the Bahá’í Faith is the uniting of all peoples in one ‘universal Cause, one common Faith’. This goal embodies a range of related teachings such as the equality of men and women, abolition of prejudice, abolition of extremes of poverty and wealth, obligatory education for all children, and harmony between science and religion. 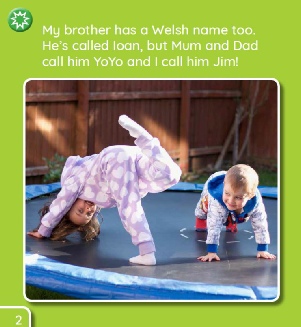 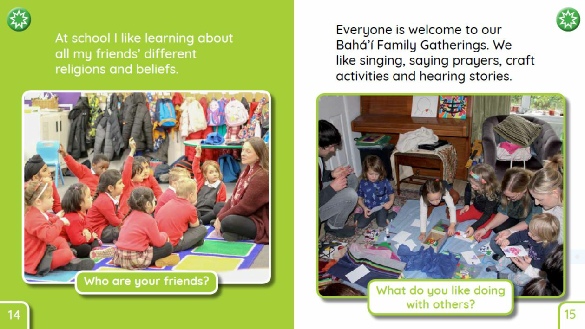 Bahá’ís, believe in one God who is referred to in different religions by different names but who they believe is the same divine being. They believe that God reveals his purpose to humanity through a succession of chosen Messengers who live on earth at different times throughout the ages, according to the needs of the human race at that time. They therefore recognise as divine Messengers, key figures such as Abraham, Moses, Krishna, Buddha, Jesus and Muhammad, alongside the Báb and Bahá'u'lláh who came after them.