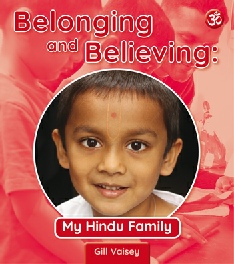 Meet Nyal and his Hindu family: 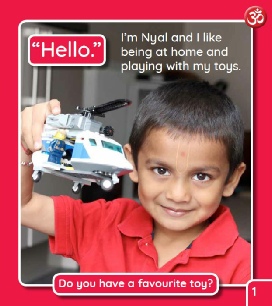 Nyal and his family follow the Swaminarayan Hindu tradition.  Within Hinduism there are many different traditions or groups, sometimes referred to as sampradayas.  However, whilst there may be diversity in beliefs and practices, each group shares the common belief in the existence of one God which can take many forms. 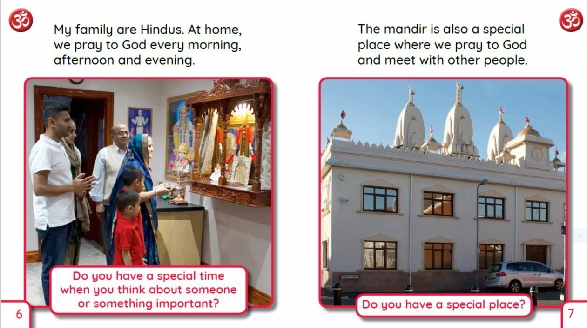 Hindus believe that there is one God who is present in everything in the world.  For many Hindus this supreme being is known as Brahman.  They believe everything is an expression of Brahman and that Brahman may be manifest and worshipped in many forms.   Forms or aspects of Brahman may be referred to as deities or gods and goddesses.

Each form (deity / god) portrays a different aspect of God and Hindu families usually choose one or more of these deities as a focus through which to channel their devotion to God. 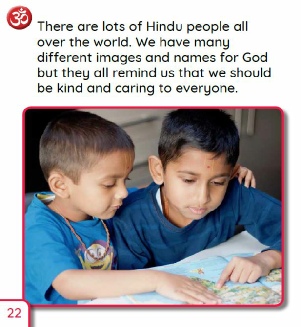 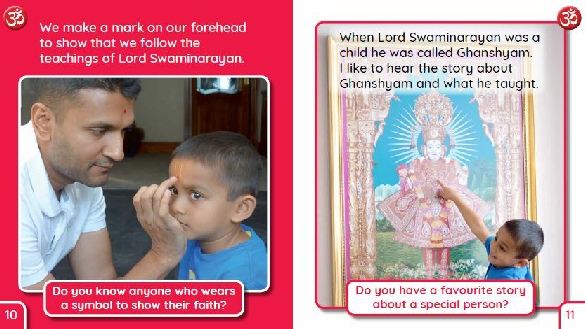 Nyal’s family follow the teachings of Lord Swaminarayan, who they believe is God.

To support a high level of morality, Lord Swaminarayan defined a set of codes of behaviour, known as vartmans, that his followers must always observe.  These include not to deliberately harm any living being nor steal even the smallest item.

Lord Swaminarayan stated that devotion and moral behaviour is essential for salvation. To be moral, a person must be pure in one’s actions, food consumption, and thoughts whilst being disciplined in life.